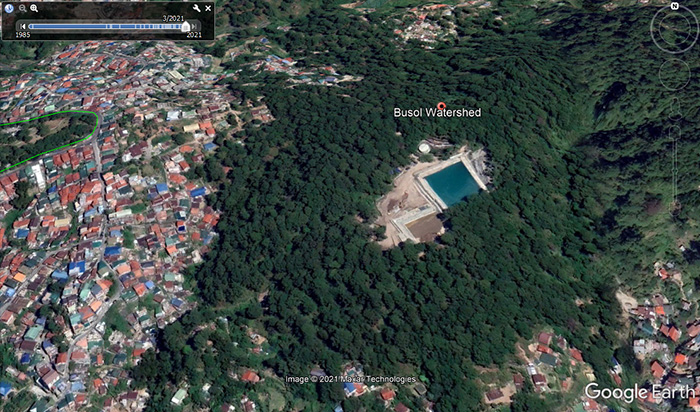 “None of our members were invited to participate in any consultation process if any was called, despite the impact of the charter amendment to our ancestral rights.”

Thus is the claim of two prominent Igorot groups in the City over the Senate Bill 2163, an Act Revising the Charter of the City of Baguio.

The groups identified as Onjon ni Ivadoy, and the First Citizens of Baguio City Organization (FCBCO) who identify themselves as residents of Baguio and are the descendants of Ibaloy, Kalanguya, and Kankana-ey communities who settled in Baguio since time immemorial, have sent their Joint Position Paper to the office of Sen. Francis Tolentino. They claim that they only learned about the proposed charger change and its contents when the senator conducted a Committee Hearing in the city.

In their position paper, they included several provisions in the proposed bill that would directly affect them.

Section 49 of Senate Bill 2163 states among others “All alienable and disposable lands within the Baguio Townsite Reservation shall  be disposed of and awarded by the Department and Natural Resources (DENR) through the grant of residential free patent, townsite sales, or other modes of disposition pursuant to Republic Act No. 10023, otherwise known as the Free Patent Act; Commonwealth Act No. 141, otherwise known as the Public Land Act; and such other laws authorizing the disposition of the lands to qualified actual occupants thereon.

“The application of Republic Act No. 10023 shall always consider the Zoning Ordinance and the City Land Use Plan. Hence, alienable and disposable public land covered by a townsite sales application filed with the DENR covering areas exceeding two hundred (200) square meters shall not be subdivided for processing under a residential free patent application.”

“This complicates matters for us because we, the ancestral land owners, are battling squatters who think that every parcel of land in Baguio City is public land and part of the Baguio Townsite Reservation. On the other hand, we insist that our ancestral lands are outside of the Baguio Townsite Reservation. We have a very difficult time driving them away and, in many cases, squatters whose houses have been demolished come back during the night and rebuild their houses, and, yes, they come in droves.

“Our ancestral lands are susceptible to land grabbing by squatters,” they added, the provision unfairly favor the squatters because “they are in actual possession as squatters. This is grossly unfair to the ancestral land owners and claimants.”

“SEC. 50. Conduct of Subdivision Survey. – In coordination with the Department of Environment and Natural Resources (DENR), the City shall advance the cost for the conduct of a subdivision survey of all its alienable and disposable public lands which are part of its townsite reservation in accordance with its land use development plan, and segregate therein the areas for public use such as road systems, greenbelt areas, playground lots, health center sites, school sites and danger zones, as determined by geosciences experts of the Mines and Geosciences Bureau (MB) of the DENR.”

The groups welcome the delineation of part of Baguio City which was originally declared as Baguio Townsite Reservation. They want to know where it is, how wide it is, and what is left of it.

The problem, they said lies in the fact that some ancestral lands claimed, which had been occupied, possessed, and utilized by their members in the concept of owner since time immemorial might be included as part of the Baguio Townsite Reservation. These ancestral lands should also be among those to be segregated from the Baguio Townsite reservation during the survey which is in consonance with the first paragraph of Section 53 on Ancestral Lands, they said.

“SEC. 51. Special Committee on Lands. -There shall be created a Special Committee on Lands to assist the DENR and to serve as venue for the resolution of all land-related issues in the City. It shall protect the interest of the City and its long-time (i) occupants, especially in the review of all ancestral land claims; (ii) the conversion of lands; and (iii) disposition of public lands including, if possible, the streamlining of the modes of disposition to those most appropriate for the City in order to achieve a. balanced development while ensuring land tenure security and equity.

The Special Committee on Lands shall be chaired by the City Mayor or Vice-Mayor or the committee on Land Use and Urban Development, with DENR as co-chair and National Commission on Indigenous Peoples (NCIP) as vice-chair.”

The groups thing that this is a very powerful committee, the judge, prosecutor, and jury all in one on land matters in Baguio, in which its role in relation to the NCIP, Courts, and other government agencies and offices has not been defined. But titling of ancestral lands is one of the main functions of the NCIP and it carries with it the duty to resolve conflicts and review fraudulent ancestral land claims.

“SEC. 52. City Watersheds. -The Baguio City Government shall protect; preserve and develop its watersheds and shall impose penal sanctions on anyone who infringes on the said water sources of the City. The forest reservations and water sources within the Bases Conversion and Development Authority (BCDA) lands shall remain under the jurisdiction of the BCDA.”

The City of Baguio, as per Resolution No. 362, series of 1994, Setting the Conditionalities in the Formulation by the Bases Conversion Development Authority of the Master Development Plan for Club John Hay, Conditionality No 3 states that “BCDA shall ensure, in coordination with the Baguio Water District (BWD), that additional water supply for use in the Zone’s overall operations, including the various concessionaires and their clientele, shall be sourced outside the City of Baguio. Consequently, the BCDA shall make certain that in no way shall water use within the Zone deplete or minimize the water supply of the City.”

“The Ivadoy (Ibaloy), Kalanguya, and Kankana-ey Indigenous Cultural Communities/Indigenous Peoples (ICCs/IPs) in Baguio City have taken careful steps, just as our ancestors did, to protect and preserve our water sources for our own use. Indeed, to us, land is life, and, water is life, too,” the groups insist.

“SEC. 53. Ancestral Lands. – Pursuant to Republic Act No. 8371, otherwise known as ‘The Indigenous Peoples Rights Act of 1997’, legitimate ancestral lands are considered private properties or lands and are not part of the Baguio Townsite Reservation.

The second paragraph is confusing and creates problems for us, the groups said. “First, only the NCIP has jurisdiction over ancestral lands as R.A. 8371 mandates. Second, how can a parcel of land be referred to as ancestral, land if it has not been processed by the NCIP? Third, all conflicts over ancestral land, including fraudulent claims, shall be filed with the NCIP or its Regional Hearing Offices, as a quasi-judicial body.”

In R.A. 7227 the area of Camp John Hay is 570 hectares and not 625.4175 hectares, Within this area are Barangays Happy Hallow, Loakan Proper, Loakan-Apugan, Loakan Liwanag, Atok Trail, Camp 7, Upper Dagsian, Lower Dagsian, Country Club Village, Green Water Village, and Scout Barrio. “What will happen to all these barangays, the residents therein, and all the ancestral lands within?” the groups ask.

They also said that Section 54 runs counter to the conditions set by Baguio City. In Resolution No. 362, series of 1994, it states that “Ancestral claims covering portions of Club John Hay shall not be considered as closed and instead treated as pending so that, from the time an ancestral law is passed by Congress implementing the provisions of the 1987 Constitution, the said claims should be decided by the appropriate administrative body or the courts and whoever are entitled to be compensated shall be given due and just compensation.” It also states that the “BCDA shall exclude all affected barangays from the John Ray reservation.”

And while the IPRA is supposed to protect the rights of the Indigenous Peoples, the group says Section 78 of the IPRA has been used against them. Section 78 says that Baguio City shall remain to be governed by its charter … Provided, that prior land rights and titles recognized and/or acquired through any judicial, administrative, or other processes before that effectivity of this Act shall remain valid”. The Supreme Court ruled that the “IPRA demands that the City’s charter respect the validity of these recognized land rights and titles.”

The Baguio Charter Bill was authored by Congressman Mark Go. It was passed on Nov 26, 2019 by Congress. The Igorot groups claim they were not consulted by the Congressman, them being the stakeholders. “We are entitled to and we invoke our right to due process considering that we would be losing our lands, our way of life, livelihood, and culture” if ever the bill is passed, this time by the Senate./The Junction News Team