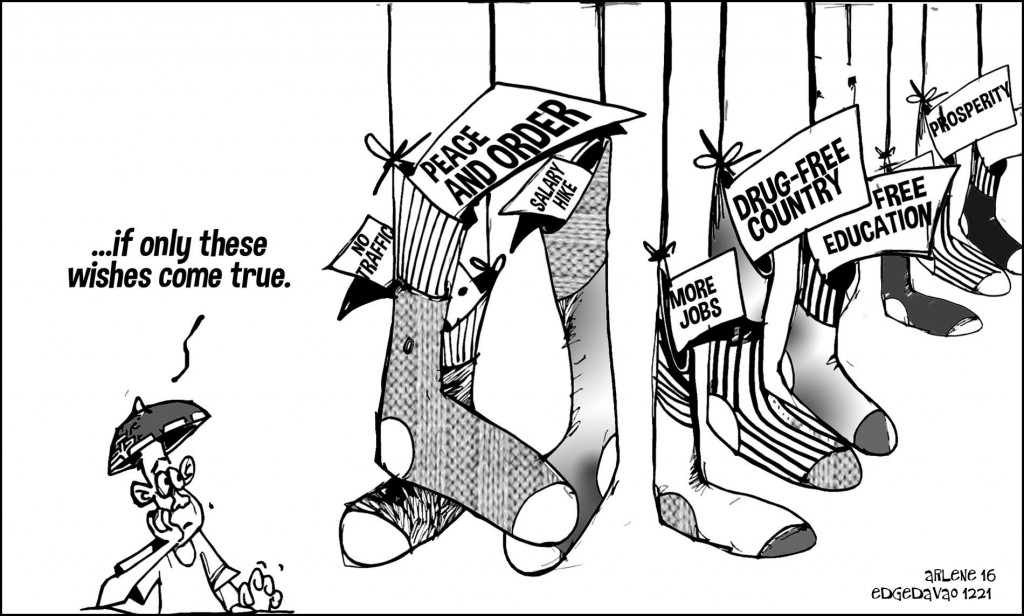 WHILE ordinary students are striving to get a college degree, some public figures have managed to devalue education because of their influence.
Take the case of world boxing champion Manny Pacquiao who became a senator because of his popularity in the sport, not of his knowledge about making laws. He was a high school dropout, but was awarded a diploma by the Department of Education (DepEd) after passing an equivalency exam in February 2007.
Last September, Pacquiao enrolled at the University of Makati (UMak) and graduated after less than three months on December 11 with a bachelor’s degree in political science, major in local government administration.
He got his college diploma through a program called Expanded Tertiary Education Equivalency and Accreditation Program (Eteeap) that allows qualified Filipinos to complete a collegiate-level education via an informal education system.
UMak, formerly Makati Polytechnic Community College founded in 1972, is controlled by the family of former vice president Jejomar Binay. Its current president is Mar-len Abigail Binay-Campos, the mayor of Makati.
With Pacquiao earning his diplomas in high school and college without attending classes and burning the midnight oil to pass exams and finish academic projects simply because he is a champion boxer does not at all provide motivation and inspiration to students to take their studies seriously.
Worse is the case of Sen. Maria Imelda Josefa “Imee” Marcos and her brother, former senator Ferdinand “Bongbong” Marcos Jr., who were found to have lied about their academic credentials. She claimed to have finished a law degree from the University of the Philippines (UP), “graduated with honors” from Princeton University in the United States, and obtained an MA in Management and Business Administration from the Asian Institute of Management, which were all disputed by the three educational institutions.
Bongbong Marcos Jr. said he obtained a “diploma in political science” from Oxford University, but it turned out that he only got a certificate course and did not graduate with a diploma.
Pacquiao and the Marcos siblings are popular political leaders who should be showing good examples to our youth, but they don’t. They make a mockery of the education system to pursue selfish objectives.
If it’s any consolation, none of them is a member of the Senate committee on higher education, but Imee is in the basic education, arts and culture panel. She’s probably into the arts and culture part.
We can’t expect political leaders like them to make sure that Filipino children get the best education they deserve without having to spend for outrageous tuition and other fees charged by private educational institutions.
In the case of the Polytechnic University of the Philippines (PUP), for example, would Pacquiao and Marcos have the moral ascendancy to protect its 70,000 students from allegations that the school’s outgoing president presented fabricated credentials like transcript of records to get the position and purportedly used his influence to keep it for eight years?
Now that PUP president Emanuel de Guzman is about to step down, a group of PUP faculty and workers have written an open letter to President Rodrigo Duterte, asking him to intervene in the alleged manipulation of the search for the next president of the country’s largest university in terms of student population.
PUP would have been the third educational institution in the country to have the status by law as a national university, after the University of the Philippines and the Mindanao State University, but Duterte vetoed last September the consolidated Senate Bill 2124 and House Bill 9023 that was supposed to grant it.
Critics said the veto turned out to be a wise move because it was principally meant to allow de Guzman to extend his term and hold the distinction as the first president of the Philippine National University.
“Despite the miserable level 2 ranking among the SUCs, the incumbent president of PUP, Mr. Emanuel C. de Guzman managed to convince some influential political leaders of both houses of Congress to pass the bill. President de Guzman deceived the congressional leadership by not revealing the ranking of PUP among the SUCs (state universities and colleges) as a major factor in granting the national university status,” they said in their open letter to Duterte.
According to them, the bill was not even discussed in the academic community before it was sent to Congress for deliberation for fear of opposition from the academic sector.
If we have leaders like them, what kind of values do we impart in educating young people? It is not enough that the education sector gets the highest allocation in the national government budget program.
Our political leaders ought to make sure that those who lead the sector have unquestionable credentials and the commitment to ensure quality education for students.
People who bastardize the education system and policies don’t deserve to be called educators.