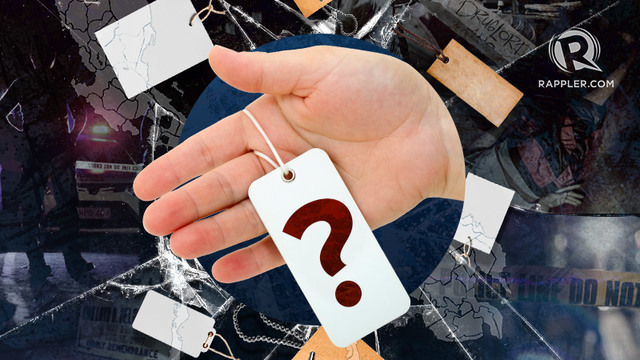 President Duterte was elected on the promise that he would fight drugs and crime and make Filipinos safe. But implicit in the compact he has sealed with voters is this: Safety comes at a price.
I have been thinking a lot about the Dutertean bargain because, along with Mariel Padilla and David Mora, two postgraduate fellows of the Columbia Journalism School, I have been collecting data and documents on Duterte’s anti-drug campaign. Our goal is to figure out how many have died so the President could make good on his promise.
This week, The Atlantic published our report, which showed that casualties of the drug war in 3 cities in Metro Manila are two-and-a-half to 3 times more than what the police say. We found the police were not acknowledging large numbers of drug-related killings, even some of those that resulted from police operations. We also found hundreds of homicides that were not recorded by the police but were reported by journalists, parishes, funeral parlor workers, barangay officials, and human rights advocates.
The police say that some 8,000 drug suspects have been killed throughout the country since Duterte became president, some 5,500 of them by the police; the rest by unknown gunmen. Based on our documentation of more than 2,300 drug-linked deaths in 3 cities in Metro Manila in the first 18 months of the drug war, we believe this figure is grossly understated.

But do numbers even matter?

The terms of the Dutertean bargain do not name a price. Besides, without accurate numbers, it‘s impossible to know at what point the costs of the anti-drug campaign exceed its benefits. The government is currently under scrutiny by the United Nations Human Rights Council and the International Criminal Court , which is looking into whether drug-linked killings are crimes against humanity. Will numbers be part of their calculus?

Data from the shantytowns

A year ago, I was handed a list. It had 17 names printed in block letters on lined paper torn from a student workbook. A parish worker in a working-class community in the heart of old Manila gave it to me. All 17 lived in the neighborhood, she said, and arranged for me to meet with the wives and parents of the departed, who brought with them death certificates, autopsy findings, sometimes also police reports.
Three of the victims were killed during police raids on their homes. The rest were gunned down within a two-kilometer radius of the church, which sits next to a police station; there’s a school nearby, and the streets around are busy even at night with traffic and commerce of all kinds. CCTV cameras abound and the gunmen were recorded as they alighted from their vehicles, approached their unwitting victims, and shot them at close range before fleeing. Ten of these killings were not acknowledged as drug-related by the police, but residents say they were linked to illegal narcotics.
In the shantytowns of Quezon City, I got computer printouts of casualty lists compiled by church workers and barangay officials. I spoke with families of the dead who told me their kin were shot while watching TV at home, playing video games in a shop, dealing cards at a friend’s wake, singing karaoke on the sidewalk, or buying bananas from a stall.
I found survivors in tin-roofed shacks near garbage dumps, rivers, and canals; in narrow alleys deep inside sprawling squatter colonies; and on fragile mud slopes reinforced by sandbags. These families were invisible even if they lived in the shadow of government buildings and shopping malls. A priest told me he found out about the killings only because of the stench of a rotting corpse in a shanty near the chapel where he said mass. The family did not have enough money to bury the dead man who had been lying in a wooden casket for weeks.
President Rodrigo Duterte was supposed to inaugurate a building at the Fujian Normal University built in honor of his mother, Soledad Roa Duterte
After Chinese vessel sightings, Carpio urges passage of bill defining sea lanes
Supreme Court Senior Associate Justice Antonio Carpio says the measure would aid in the tracking of foreign ships passing through Philippine waters as it can require ships to turn on trackers
Police records collected by journalists or given to us by the police themselves led us to the trail of the drug war dead. In New York, with the help of the Security Force Monitor, a project of the Columbia Law School Human Rights Institute, we mapped the killings and saw a large concentration in a barangay called Holy Spirit, along Commonwealth Avenue, not far from the House of Representatives.

On a visit there early this year, I met Noel Abecendario, the head of the barangay public safety office. A retired army sergeant who once infiltrated communist and Muslim secessionist cells on Mindanao, he turned out to be a fastidious list keeper. His daughter Nowella typed out names, dates, and addresses of the dead in a neat Microsoft Word document, printed them out on legal-sized paper, and kept them encased in plastic sheets in a ring binder.
That casualty list – compiled by a supporter of the drug war – has over 100 names of those killed in the past 3 years, but the police blotter had no record of 18 of them. Going street by street with the women from the community as guides, I found 8 more drug war dead not listed by the barangay or the police or covered in the news. They are the uncounted and missing dead.
We saw the same pattern in Caloocan City, where we counted 839 drug-linked killings in just the first 18 months of the anti-drug campaign. The police say there were only 225. Pablo Virgilio David, the bishop of the Caloocan diocese told us that often, the priests in the parishes where the attacks took place did not know about the killings. “Most of the victims of extrajudicial killings are coming from the informal settler communities who are the unchurched Catholics, not the regular churchgoing Catholics,” he said. “These people are not only at the margins of society, they are at the margins of the church.”
This marginalization made it difficult to locate the victims. Nor did the families always want to be found. “Many have been involved in the drug trade and have risky coping mechanisms and are constantly under threat,” said Lilian Mercado, a co-founder of Baigani, a group that helps families of drug war victims. “They also suffer from stigmatization.”

Our work of the past year documenting and analyzing drug-related killings in 3 cities – Manila, Quezon City and Caloocan – showed us police numbers were unreliable. We found that even deaths recorded by the police in spot and other reports were not included in the drug war count. Adding data from other sources, we discovered that one in 5 drug-linked homicides was not on the police record. (We have posted online an anonymized database of the killings we recorded, including the source of information for each death.)
News reports covered only 40% of all drug-related killings we found; churches and human rights groups, even fewer. We were certain that even with 23 sources of information, many killings were beyond our reach. So we asked Patrick Ball, a human rights statistician, to build a probability model to calculate the number of these undocumented deaths. He estimated that the true count for those cities is three times more than the police’s count. (Ball’s data and calculations are here.)

Guillermo Eleazar, the general who heads the National Capital Region Police Office, was indifferent to our numbers. Anyone can have a number, he said, but the drug war should be judged by its success: a dramatic decline in overall crime. Officially, the crime rate has declined 20% even as the murder and homicide rates have gone up. “We all know that drugs are the root of all crime,” he told me. “Just ask people if they feel safer now than they did three years ago.”
Eleazar is right. Surveys show that Filipinos feel safer now and that they approve of the anti-drug campaign. Many cheered when the President said that the drug war will be harsher in the last half of his term. Three years on, Duterte’s promise of deliverance continues to have a hold on the Filipino imagination. It beckons like a siren song.
Somewhere between the fear of crime and the longing for decisive leadership, there is a zone of vulnerability, and Duterte has targeted it with deadly aim. The President is telling Filipinos their safety comes at a price. They deserve to know what that price is. – Rappler.com
Sheila Coronel is academic dean of the Columbia Journalism School and director of its Stabile Center for Investigative Journalism.