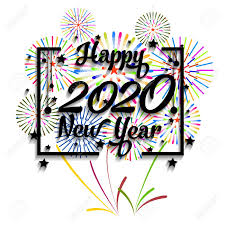 After 10 long years, the verdict came. I would have wanted that the court allowed the reading of the salient portions of the decision so that the people will know the legal and factual basis for the verdict. But both the public prosecutors and the defense opted only that the dispositive portion be read. So be it, I thought. Ultimately, it’s the verdict that would matter.
So, for five minutes or so, the long journey of the victims of the Maguindanao massacre, at least for 57 of them, finally bore fruition. Twenty-eight accused, including three Ampatuan siblings and two of their nephews, were found guilty for 57 counts of murder and meted the penalty of reclusion perpetua with no possibility of parole. Another 15 were found guilty as accomplices and sentenced to six years to 10 years of jail time, while the rest of the accused, in excess of 50, were acquitted on the basis of reasonable doubt. It was definitely a win for the victims, one which sent the very clear message that you cannot kill with impunity in this country, because it may take time, but you will still go to jail for it.

I, together with the victims whom we represented, was of course ecstatic. I was particularly pleased that the pretender Zaldy, the former ARMM (Autonomous Region in Muslim Mindanao) governor, was also found guilty despite his defense of alibi and his protestation that he is the only decent Ampatuan. As the judge ruled, there is no puti among them, only dirt black. As correctly ruled by the judge, the defense of alibi is the weakest of all defense. Moreover, the evidence of conspiracy against the governor was beyond reasonable doubt. Not only was he present in at least two meetings where the massacre was planned. In both instances, he uttered words clearly showing that he approved and took steps to ensure its happening. Gone was the possibility of Zaldy perpetrating the influence and wealth of the family, as the clan would have wanted.
But there are at least two Ampatuans who got away scot-free, at least as far as this case is concerned. Karma, I’m sure, will catch up with them. I was not surprised that the grandson Sajid was acquitted, not because he was not guilty, but only because the judge already ruled that in the meetings where the massacre was planned, Sajid merely kept quiet. I will say it again. The fact that Sajid kept quiet was only because in their culture, the young ones are expected to do so out of deference to their elders. The fact that he undisputedly attended the meetings where the massacre was planned without objecting to it or reporting the matter to the police proved that he acquiesced to the plan. As a popular song goes, “You say it best when you say nothing at all.”
The fact that 57 were acquitted was also no surprise to me. Forty-six of them were already granted bail and hence, there has been a prior determination by the judge that evidence of guilt against them is not strong. But of course, I have always maintained, although ignored by Leila de Lima, that these policemen should be charged for graft and dereliction of duty for playing dumb and deaf when they heard the shootings, but not for murder. As law enforcers, they should have taken steps to prevent the massacre or to apprehend the perpetrators thereof. But this criminal liability is separate and distinct from the liability for murder.
I have always maintained that charging the 197 accused, with half of them being policemen whose liabilities were not for murder, merely insured the delay of the resolution of the case. Had half the accused found not guilty by the court not been charged to begin with, we probably could have terminated the case in five years instead of 10.

For one of the victims, Reynaldo Momay, the fight is far from over. I was particularly depressed by the court’s dismissal of the 58th count of murder if only because the initiative to file it in the first place was our initiative and not that of the state. We went on our own field investigation with the assistance of famed Peruvian anthropologist Jose Pablo Baraybay where we recovered the blood-stained ID and dentures of the deceased. In addition, an Inquirer reporter, who cheated death courtesy of a bum stomach on the day of the massacre, testified that Momay was part of the coverage.
This was confirmed by former Congressman Toto Mangudadatu. Moreover, Momay’s live-in partner testified that the dentures which we recovered belonged to the deceased, because it was she who cleaned them every night. More importantly, the dental technician who made the dentures confirmed that it belonged to the deceased. True, the remains of Momay were never found. But given the foregoing, the judge, in my opinion, should have at least found preponderance of evidence that Momay was indeed the 58th victim of the massacre.
Besides, what difference would a 58th conviction make? Not much. Under our laws, the 57 counts for which the accused were found guilty would be deemed served simultaneously. A 58th conviction would have not mattered as far as the accused are concerned. But It does make the world of a difference though for the heirs of Momay as it could have given them closure. The judgement in the case of Momay was tantamount to a judicial condemnation that he had disappeared, that he had become a desaparecido. Hence, the Momay family would still not be sure whether to light a candle for him come All Saints’ Day. This is clearly torture of the worse kind as far as Momay’s loved ones are concerned.
And yes, there is still the right of the accused to appeal. And here is where we stand on slippery slope. Why? Because the Court of Appeals (CA) is the. weakest link in our judicial system. Courtesy of anonymity of the justices and the lack of contact with the public, it is in the CA where transactional decisions are often made. I speak with authority in this regard since I also represent the heirs of Gerry Ortega. To quote the President himself when news came out that a now retired CA Justice dismissed the case against former governor Joel Reyes, the suspected killer of Ortega, who at the time of the dismissal, was arrested as a fugitive and denied bail by the RTC: “Corrupt talaga ang justice na yan (That justice is really corrupt).”
So, no, we cannot sit on our laurels. We need to continue to be vigilant because, unfortunately, in this country, money talks and it does so very loudly.
Meanwhile, justice has been done to all but one of the victims. Coming as it did during the yuletide season, I could not help but hum the lyrics of a Filipino Christmas song that succinctly summarizes the emotions of the victims who were finally accorded justice: “Ang gabi’y payapa, lahat ay tahimik, pati mga tala sa bughaw na langit (The night is peaceful, everything is still, even the stars in the night sky).”
Merry Christmas to the 57 victims and to Nenen and the rest of the Momay family — tuloy po ang laban (the fight continues)!