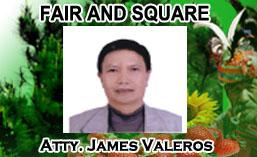 Reasons Why I Am For Legalization Of Irregular Franchises

To the various individuals and sectors including members of the City Council who are questioning and doubting my motive for pushing the legalization of irregular franchises when through the years from 1997, they allege, I have been a consistent oppositor to the grant of new Certificates of Public Convenience (CPCs) in BLIST, here is my explanation in brief.
I don’t find contradictions between my being a perennial oppositor against new applications for franchises or grant of CPCs thereof and my advocacy to legalize irregularly-issued franchises. Thus, I will remain oppose to the grant of new CPCs as I have been so from the beginning because I believe in the object and rationale of the moratorium and that I consider CPCs issued in violation of the moratorium as illegal (if we go by the pronouncement of then RTC Judge Ruben Ayson in one Mandamus case denying the registration of Tip-Top jeepneys with franchises issued under the moratorium.)

However, in the case of CPCs already issued, albeit irregularly, there is nothing I can do better anymore except to work for their legalization after all my previous efforts opposing them to forestall their irregular issuance failed. Unless, other than legalization which the Board en banc allowed anyway before, I would opt for their revocation or cancellation since they are illegal or agree to maintain their status quo whereby the LTFRB-CAR is allowing the extension of validity and sale of irregular CPCs that only perpetrate their illegalities.

Revocation and cancellation, aside from being unfair to the buyers in good faith who have invested their hard-earned monies and savings on franchises they thought were legal because they were issued by Regional Directors, will be a very tedious process because each of the thousands of irregular CPC holders will be given a hearing or “a day on court,” so to speak, as required by due process. In the hands of hardhearted lawyers who will defend their clients at all cost, the process to revoke / cancel the irregular CPCs will take the lifetime of the Board to consummate.

On the other hand, maintaining the status quo of franchises as presently being done by the LTFRB-CAR will not cure the illegality of the irregular franchises. Worse, because the Regional Director signs and approves the renewal and sale of CPCs although they are void and ineffective, It causes taxi franchise to be priced scandalously and unconscionably at more than half a million pesos per CPC.

Whereas, administrative legalization of irregular CPCs, just like the one allowed in 2000 by the Board en banc under Memorandum Circular No. 2000-019 wherein hundreds of illegal taxi units were legalized, the process of simultaneous hearing and approval of individual petition for legalization would only take a year or two to legitimize all CPCs and completely cleanse the dockets of the LTFRB-CAR.

These, in brief, are the reasons why I am for the administrative legalization of irregularly-issued franchises. Unfortunately, I miserably failed to get the support and cooperation of the City Council in the proposed resolution I caused to be filed in the Council through Councilor Richard Cariño to favorably endorse legalization to the LTFRB. I hope the City Council will change its mind while there is still time before the Board en banc which has already conducted an audit of irregularly-issued franchises will decide to cancel these illegal franchises issued in violation of moratorium. For, if sweepingly done and the Chairman is very capable of doing so, these cancellations of thousands of franchises will surely cause transport crises in the city. Hopefully, however, LTFRB will prefer legalization over cancellation and will detest maintaining the status quo that breeds corruption in the LTFRB-CAR.
In the latter incidentally, the Regional Director is facing the prospect of being charged administratively of grave abuse of discretion for approving the renewal and sale of illegal franchises!