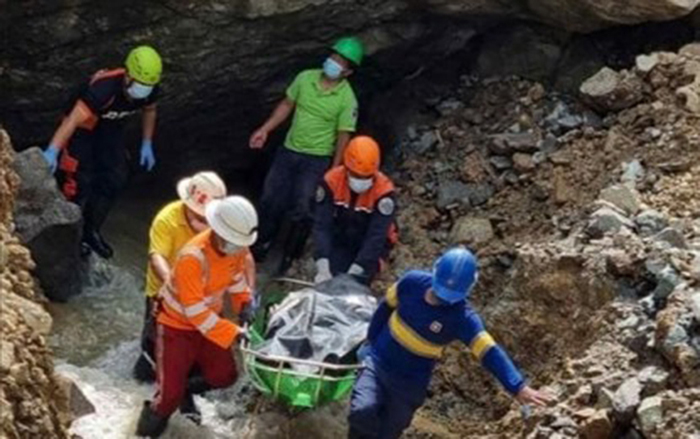 CAMP DANGWA, La Trinidad, Benguet – Responders searching for the live-in couple in a landslide on Tuesday have retrieved a male cadaver Thursday afternoon.

The body of Morina Simeon Lintal, who was earlier identified as Maureen Talangcag, 57, on the other hand was recovered August 20 at 7:47 AM.

The soil erosion from the mountain beside the Antamok River happened past 10 a.m. on August 17 that buried the couple who were gold panning in the river with two other relatives.

Dante Tomi, brother of Nestor, who was at the site, said the couple hid beside a boulder when the erosion started while their 17-year-old son ran for safety.

A boulder covered with mud eventually buried the couple./PNA/PROCOR