By: Teddy A. Casiño (www.rappler.com) 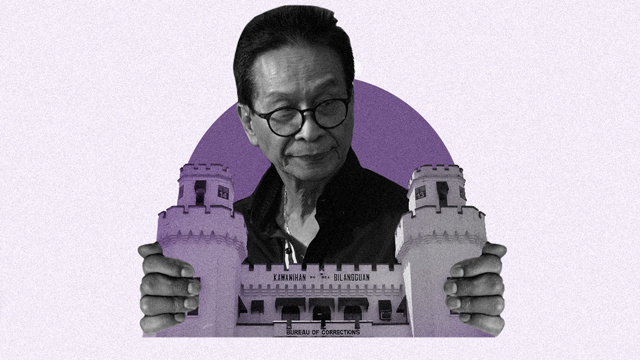 Chief Presidential Legal Counsel and Presidential Spokesperson Salvador Panelo is in hot water for dipping his hands into the failed attempt to grant clemency for convicted rapist and killer Antonio Sanchez earlier this year.
The Senate investigation on the aborted early release of Sanchez showed that Panelo had referred a request of the Sanchez family to the Board of Pardons and Parole (BPP) to grant executive clemency to the former mayor. Panelo later admitted that he met with the members of the family thrice in his office.
Panelo insists that he did nothing wrong or unethical. He says his actions were merely ministerial and that as a public official, he was duty bound to meet with and act on the request of the Sanchez family.

This is, of course, untrue.

When I was in Congress, I would receive many requests to facilitate this or that action from another government agency. There were reqeusts for me to ask some agency or official to do their jobs. There were requests seeking recommendations for certain government posts. Some would ask help for their transactions to be acted upon favorably, and some would ask me to simply inquire about the status of their permits or applications.

The power of your office

In all cases, the objective was to have a powerful official, in my case a congressman, express interest or intervene in their dealings to elicit some favorable action. The thinking behind this was that no agency or government official could refuse a member of Congress, especially since we could make things hard during the budget hearings.

I would have two basic options on these kinds of requests:

One, if the request were self-serving, dubious, involved any conflict of interest, or was not related to my function as a congressman, I would simply inform the requesting party that I am not in a position to act on their request or that it is not my office’s policy to act on such requests. End of discussion.

Two, if the request was valid, I would write a letter to the concerned agency referring the matter for appropriate action, monitor and even follow it up if needed.
In Panelo’s case, it is important to note that he served as Sanchez’ lawyer in the rape and homicide case that landed his client in jail. This immediately puts him in a conflict of interest situation. As defense lawyer, he argued that his client was innocent and did everything he could to avoid a jail sentence. A grant of clemency for his former client would certainly be in his and his client’s interest.

Panelo says that he lawyered for Sanchez a long time ago. It does not matter. Take note that judges are often asked to inhibit in cases involving lawyers who were their law school classmates even 30 years ago.
Moreover, Panelo is the legal adviser to the President. His opinion would most likely be sought in any grant of clemency by the President. Thus, prudence dictates that he avoids prematurely acting on a matter that would most likely end up on his desk.

Was Panelo duty bound to refer Sanchez’s request for clemency to the BPP? Would he be legally or administratively liable for not sending such a referral? Of course not.

To be sure, he was required by law to answer the email request of the Sanchez family within 15 working days. But he could have just emailed the family back, informing them that he could not act on their request. That would have been enough to comply with the law.
But no. He referred the request to the BPP in his official capacity as chief presidential legal counsel.
On its face, there is nothing irregular or illegal in the wordings of Panelo’s referral. What the letter implies, though, is that the presidential legal counsel finds the request valid, thus the positive action of referring it to the concerned agency for appropriate action.
In my experience as a congressman, I only referred requests which I found just and reasonable because I knew my referral, however benign, carried some weight owing to my office.

That’s why it was not surprising that to BPP chief Reynaldo Bayang, Panelo’s letter constituted a positive recommendation for clemency. Because that’s how it is with these “referrals” from people higher than your pay grade.
Panelo knows this, I’m sure. He wasn’t exactly born yesterday. And that’s probably why he kept mum despite repeated questions from Palace reporters about his involvement in the Sanchez affair.

To the credit of the BPP, it stuck to its earlier decision junking Sanchez’s plea for executive clemency. Between the dire implications of reversing its ruling and earning the goodwill of high officials like Panelo and Imelda Marcos, perhaps they put greater consideration on the former.
And to be fair to Panelo, maybe sending a referral was his way of effectively denying the Sanchez family’s request without hurting their feelings, being their former lawyer. But imagine if the BPP reversed itself and granted clemency on account of his referral? Then he would really be in deep shit.
The BPP’s action notwithstanding, Panelo’s actions could still be considered unethical and, should I say, an attempt to use the power of his office to favor a former client. – Rappler.com