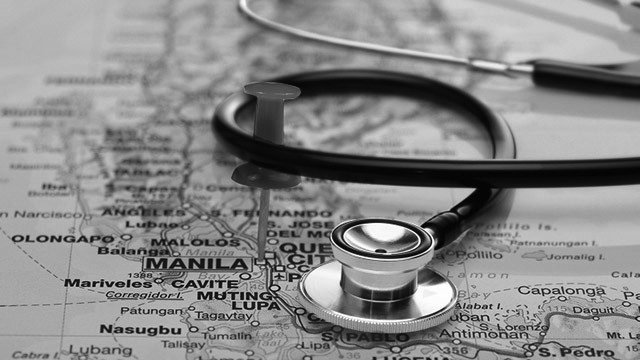 We’re unarguably closer to providing universal healthcare for all Filipinos. But there is still a long way to go.

On Wednesday, February 20, President Duterte signed into law the Universal Health Care Act which signifies a landmark in healthcare reform in the country.

For starters, it automatically enrolls all Filipinos in the National Health Insurance Program (NHIP) and grants all of us “immediate eligibility” to preventive, promotive, curative, rehabilitative, and various other types of healthcare services.

The law also mandates PhilHealth (Philippine Health Insurance Corp) to include in its coverage services like free consultations, lab tests, and diagnostic services.

Universal healthcare, to be sure, is not at all new. The Aquino administration’s own program to this end went by the name Kalusugang Pangkalahatan. Still, the newly-signed law is pathbreaking in that it subsumes previous universal healthcare policies into a definite, coherent government mandate.

In this article, though, I explain why the Universal Health Care Act, by itself, is necessary but not at all sufficient to achieve truly universal healthcare in the Philippines.

In 2010 the World Health Organization (WHO) provided a useful framework by which to consider 3 essential aspects of any universal healthcare program.

Providing universal healthcare involves filling up to the brim an imaginary cube and expanding along each of the cube’s 3 dimensions: its length, width, and depth.

First, the length of the cube denotes the percentage of the population covered by universal healthcare.

Although the welfare of the poor and marginalized are clearly to be prioritized, universal healthcare is meant to benefit everyone – rich or poor – insofar as health is a basic human right.

Second, the width of the cube denotes which services are covered (and made available and accessible) by universal healthcare.

Even if everyone in the Philippines is covered by PhilHealth, for instance, universal healthcare will mean nothing if it covers only hospitalization services and not more basic services (like free consultations and diagnostic tests) as well as more advanced services (like packages to treat chronic diseases like diabetes or cancer).

Third, the depth of the cube denotes which percentage of total healthcare costs is borne by the state vis-à-vis patients themselves.

Even if everyone is covered by PhilHealth, and even if there’s a wide array of covered services, universal healthcare is but lip service if people – especially the poor – continue to shell out substantial sums from their own pockets, which could easily impoverish them especially in the event of catastrophic health events.

The point of the cube, therefore, is that truly universal healthcare involves addressing all 3 of its key dimensions. Neglecting any one of them will render the program ineffective on the whole.

With this framework in mind, how does Duterte’s Universal Health Care Act stack up?

1) First, will the new law cover all Filipinos?

By automatically enrolling everyone in the NHIP, the new law achieves 100% health insurance coverage in principle.

This, in itself, is laudable, considering that only two out of 3 Filipinos (or 66%) have any form of PhilHealth insurance based on the 2017 National Demographic and Health Survey. (Some experts say this is the more reliable figure than the oft-quoted 93% statistic.)

To the extent that the Universal Health Care Act expands coverage from just hospitalization to preventive, promotive, curative, and rehabilitative healthcare services, the law is again to be commended.

Prevention, for instance, is better than cure from the vantage point of society.
Yet the delivery of such healthcare services is also severely constrained by the perennial shortage of health human resources.

Doctors and nurses and caregivers and other healthcare professionals continue to leave the country in droves (especially when vacancies suddenly crop up abroad), and without enough of them, service delivery will surely be compromised.

The Universal Health Care Act does try to stem this exodus by requiring all government scholars in health-related courses to serve no less than 3 years in the public health sector, which could reinforce the old “Doctor to the Barrios” program. But it remains to be seen how well that will work.

Another problem is that many people are simply unaware of the benefits they can get from PhilHealth, or otherwise unable to visit accredited hospitals because they’re too far away and expensive to go to.

Defraying these costs is therefore essential, and the new law does prioritize the construction of village health centers to bring services closer to the masses.

3) Third, will the new law significantly reduce the out-of-pocket spending of households?

One way to go around this is for government to simply subsidize a considerable chunk of these expenditures, especially those borne by the poor.

Considering, however, that out-of-pocket spending was in excess of P372 billion as of 2017 – and the Universal Health Care Act’s budget for 2019 is only P217 billion, which is actually P40 billion less than expected – relying on subsidies clearly isn’t enough.

But this cost problem goes much deeper. For instance, many hospitals are unable to contain costs for different packages, and thus end up charging patients much more than they need to pay. Meanwhile, many doctors have a habit of charging professional fees under the table, thus allowing them to set (sometimes exorbitant) professional fees without much scrutiny.

Therefore, to minimize out-of-pocket spending, the myriad incentives and norms prevailing in the healthcare sector must change accordingly.

For many Filipinos, especially the poor, getting sick is not an option. Each hour spent in bed or in the hospital is an hour not spent earning money for one’s own family or oneself. Worse, catastrophic illnesses continue to be a one-way ticket to poverty for many Filipinos.

Thus, if only for the added assurance and security it offers – and the direction it decisively sets for the healthcare sector at large – the Universal Health Care Act is a very welcome development indeed.

Yet achieving genuinely universal healthcare is far from being a done deal.

The WHO’s cube framework provides a useful way to think of the work cut out for us. We may have dealt with one dimension of universal healthcare (population coverage), but failing to cover the other two dimensions (better service delivery and lower costs) will put us not much farther from where we started.

Filling up the cube that is universal healthcare remains to be a tall order. But is the Duterte government up to the challenge? – Rappler.com

The author is a PhD candidate at the UP School of Economics. His views are independent of the views of his affiliations. Thanks to Adovich Rivera, MD and Chrystal Leynes, MD for useful comments and suggestions. Follow JC on Twitter (@jcpunongbayan) and Usapang Econ (usapangecon.com).