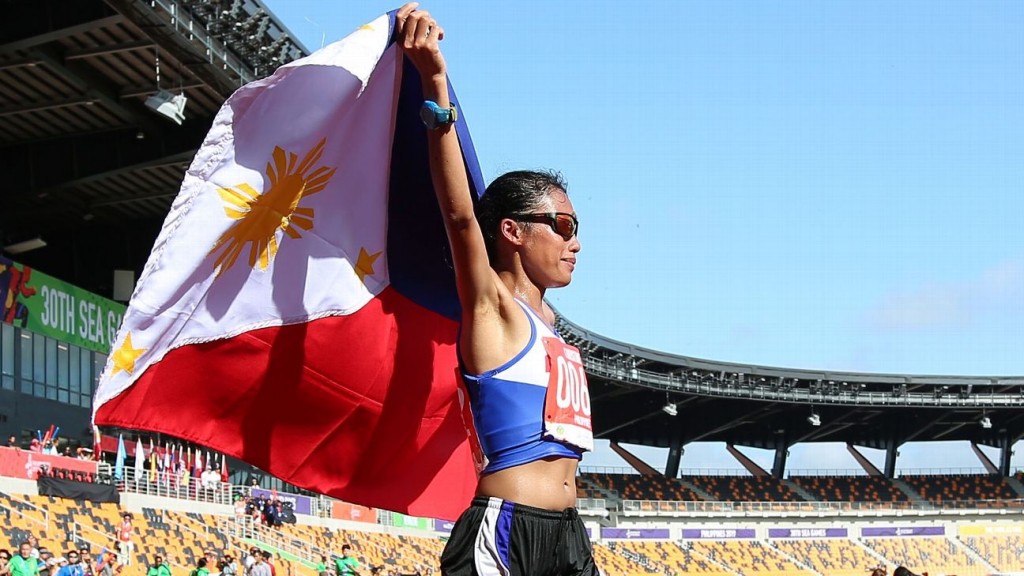 WITH the stirring, spectacular opening ceremonies last Saturday, and then the massive medal haul by Filipino athletes, one may seem uncharitable in tempering cheers for the 30th Southeast Asian (SEA) Games with a few admonitions.
Indeed, since the November 30 kickoff, right on the birth anniversary of founding Katipunero Andres Bonifacio, the SEA Games’ critics have fallen silent, as if their carping in recent weeks were not just drowned out, but also debunked by the ecstatic chorus of the Hotdog band’s “Manila” at the packed Philippine Arena.
Many people, brimming with patriotic joy, may then take umbrage if Congress, the Office of the Ombudsman (OMB), and the Commission on Audit (CoA) proceed to look into the P55-million Olympic flame cauldron in New Clark City, as well as the channeling of P1.5 billion in SEA Games funds to the private Philippine Southeast Games Organizing Committee, headed by stalwarts of President Rodrigo Duterte’s administration.

Expose those tarnishing the nation
Why investigate and spoil the immense boost to national pride and unity from the Games? Can’t we just bask in the glow of the impressive display of what Filipinos can do for the nation and the region, plus world sport and international harmony?
Answer: Because sweeping SEA Games anomalies under the rug would erode the very pride, excellence, unity and sportsmanship among our neighbors felt by Filipinos over the SEA Games celebration and competition. Let us extol the nation’s achievement, and hold accountable those who would tarnish it — by exposing any fake news claiming corruption, as well as real crooks profiting at the nation’s expense.

To repeat, the nation and our integrity institutions OMB and CoA, along with responsible, impartial media, should probe claims of anomaly and incompetence to debunk lies that shamed Filipinos in our moment of triumph before the region, and to censure and punish traitorous Filipinos who use their position and influence in corrupt schemes fleecing and shaming the country.
Whether fake news to shame the administration, or graft-ridden deals exploiting it, the end-result is the exact antithesis of what international sports, from the Olympics and the world championships to the SEA Games, stand for: excellence, fairness and friendship in competition.
False accusations are patently unfair and dishonest, destroying the very basis of fair play in sport. Take the claim that foreign athletes had to sleep on the hotel floor, and Muslim ones were served pork. In fact, the former arrived earlier than their scheduled check-in, and elected to sleep on the holding room floor while waiting for their rooms. And the hotel hosting the Muslim group said all religious dietary rules were followed.
Corruption too opposes honesty as well as patriotism, and its schemers now want to avoid accountability for dishonesty by hiding behind nationalist pride. Don’t expose our graft, they seem to be saying, to spare the nation shame.
Well, the only way to dissuade similar brazen profiteering at the people’s expense is to probe and punish it. Period. Plainly, if grafters will not spare even international showcases of national pride and prowess, what will they not taint with corruption?

Tarring international sports events are particularly damaging to the Republic’s values and reputation. Being largely free from fractious political issues, games among nations attract the most attention and adulation from the global populace, especially the youth making up the participants or aspiring to be among them. Fake news and corrupt schemes alienate this massive sport-loving segment of the world community.
Sports also give the youth the rare opportunity to bring honor and pride to the country without having to, say, wage war, invent amazing devices, create billion-dollar enterprises, or make blockbuster films or chart-topping records. Hence, when great sporting events are slashed by sleaze, among the ideals bloodied is the youth’s heroic drive to serve and elevate the nation.
Sportsmanship also builds unity and peace by allowing athletes in fierce competition, even among nations that have fought wars or are still in conflict, to shake hands after the matches. Recall the Christmas truce 105 years ago this month, when German and British troops facing off in the trenches stopped shooting and played football, despite orders from the British high command not to fraternize with the enemy.
Now, what happens when politicking and graft invade the Games? Unsavory comments and sentiments replace the celebration of harmony and unity among disparate peoples. That cannot but rob the Games of goodwill. Hence, one would not be surprised if Broadway star Lea Salonga backed out of the SEA Games opening due to concerns over integrity and fractiousness.
Of course, the essence of sports is winning and excelling. Every athlete wants to take the crown fair and square, with the best man or woman prevailing. Nothing fair and square, of course, when falsehoods shame the Games, and what gets projects are not the best companies, but the most connected.

Time to take sports seriously
Sadly, despite the foregoing arguments, the liars and schemers who besmirched the SEA Games may escape exposé and accountability. National leaders and policy makers have long given little value to sports as a tool in nation building. “It’s just a game,” goes the disdaining refrain.
That is not how other nations, especially the global sporting giants, treat sports. Indeed, most members of the Association of Southeast Asian Nations have Cabinet-level ministries handling sports, unlike the Philippines.
If there is any leader who should punch hard for taking sports seriously, it is Sen. Manny Pacquiao. Our national icon of global sports excellence should light a fire bigger than the cauldron blaze he ignited at the SEA Games opening, and make our leaders and our people treat games as, well, not just games.
That means, first and foremost, bringing the rules and practices of various national sports in line with global norms. These standards include not just anti-doping and anti-fixing regimes, but also safeguards for the welfare of athletes, like insurance for racing — required abroad, but forcibly waived hereabouts, with tragic results.
Let’s stop treating sports as kid stuff.`