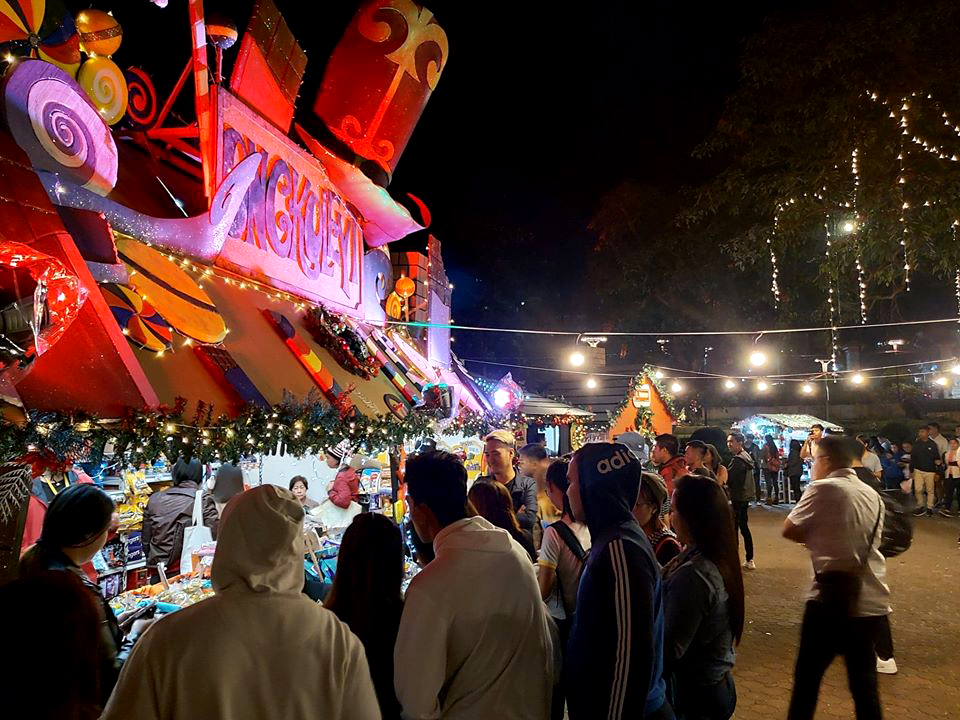 BAGUIO CITY – Members of the city legislative body underscored there is no recommendation or agreement reached in their previous regular session requesting the City Mayor to close the ongoing Christmas fair being undertaken by the Baguio Tourism Council (BTC) at the Rose Garden because of documented violations of existing trade fair ordinances, among other prevailing rules and regulations.

During a clarificatory meeting as part of the body’s regular session last Monday, city legislators pointed out that from the start, the BTC did not divulge all the details of the conduct of the so-called Christmas fair that resulted to the commission of some blatant violations by those who were provided with chalets that was further blown out of proportion in the social media where personal attacks were made against some city counselors and BTC officers.

However, BTC interim chairperson Gladys Vergara admitted there were some lapses in the planning, execution and management of the activities in the ongoing Christmas fair but the pinpointed violations to existing ordinances were immediately addressed by the BTC members considering that they are on top of the situation.

She added a sponsor of the chalet inside the Christmas fair was terminated from pursuing business activities in the area because of her repeated violations despite having been reminded of such by the organizers and that she was also refunded of the full amount she paid although she was able to do business for at least 15 days right from the start of the operation of the Christmas fair.

On his part, Mayor Benjamin B. Magalong, who also appeared during last Monday’s regular session, asserted he will take full responsibility for what happened in the initial conduct of the Christmas fair and the results of the 43-day activity spearheaded by the private sector.

Vergara explained there was a slight deviation in the conduct of the supposed European-inspired Enchanting Baguio Christmas fair because of the clamor of some sectors in the city to ensure the active participation of concerned local traders so as not to appear as elitist, but organizers will have to curate the chalets and the products to be sold in the said booths.

Earlier, the city government tapped the BTC as its private sector partner in the implementation of the numerous events lined up for the Yuletide celebration in the city that kicked off last November 24, 2019.

The BTC took the initiative of looking for individual and corporate sponsors to raise the amount needed to run the events until January 6, 2020, and make the Yuletide celebration in the city truly enchanting and help sustain the influx of visitors during the Christmas and New year breaks.

Vergara disclosed the BTC was just recently reorganized by the present administration and the members had to immediately conceptualize the conduct of the Enchanting Baguio Christmas fair in less than a month that is why there were lapses committed in the course of the execution of the private sector-led endeavor which drew the attention of both residents and visitors alike to witness the new offerings that Baguio has prepared for them during the Yuletide season./Dexter A. See